West Coast rail franchise: signs that the wheels are falling off of the Civil Service?

The suspension of three, presumably senior, civil servants as part of the fallout from the competition for the new West Coast Mainline rail franchise is worrying from the perspective of anyone who cares about good governance. And boy, has this one cost. £40 million is, given the fact that nothing has actually been purchased, an awful lot of money to pay for what, it is alleged, are pretty serious errors.

Naturally, elements of the media, egged on by Labour politicians, are looking for the head of a minister, and doubtless that will continue over the coming days. And, as usual, they're missing the big picture in search of a cheap headline.

There are three possibilities in terms of what has happened; 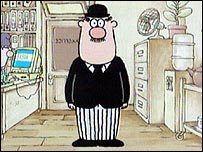 My money is on the second of the three.

For some time, I have been concerned that, as consecutive governments have undermined the Civil Service, with real-term and comparative pay cuts, attacks on the ethos of public service, significant job losses and a lack of recruitment, the quality of public servants has declined.

Once upon a time, public service attracted the brightest and the best. No longer. Why work in Whitehall and take grief from the public and politicians, when you could doubtless earn more as a lawyer, banker or entrepreneur? So, people don't. Compounding this is the lack of recruitment in Government Departments that are shedding jobs. Naturally, sacking a bunch of people only to recruit new ones isn't likely to be attractive to potential newcomers anyway, nor is it cheap, but a recruitment freeze inevitably means that you miss out on cohorts of potential mandarins twenty years hence.

What that means is that, when you're filling vacancies, whether internally or externally, the quality of the pool in which you fish is that bit lower, and the likelihood of catching, and keeping, the very sort of people capable of managing complex processes effectively is reduced. The result? Calamities such as rail franchise bid management.

Politicians, you have been warned...
Posted by Mark Valladares at 4:21 pm

Yes, there was an error, but the whole approach was wrong and led to the mistake.

I looked on the web for contracts etc, and found a hugely indigestible complex mess. No wonder it has not worked.

The approach is based on the recent management fad about detailed performance targets. It does not work in complex situations.

As we have seen with privatisations, PFIs and rail contracts over the years, wily companies will run rings around the civil servants, avoid the risks and walk off with the cash.

Instead, contracts should be based on capital commitments and controlled returns on equity invested by the companies, the approach used in the US to oversee public utilities since Roosevelt.

It is not perfect, but it is much more practical.