Sometimes, a lack of drama is most welcome… 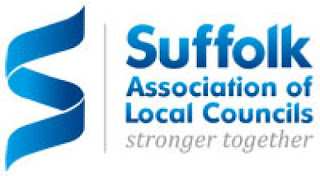 It’s been a year since I somewhat unexpectedly became Vice Chair of the Mid Suffolk South group of the Suffolk Association of Local Councils, and last night saw the election cycle come around to reset. It is occasionally hard to believe that it’s been a whole year but…

In truth, there wasn’t a huge rush to challenge me. After all, the job of Vice Chair is quite undemanding, but the Chair of the County Association was kind enough to say that I’d added value as the County’s representative on the National Assembly of the National Association of Local Councils, which was appreciated - people seldom say thank you these days.

We discussed planning issues and there is a genuine sense of frustration that, having been encouraged to produce neighbourhood plans, these seem to be disregarded by the District Council when considering housing development. I admit to being a cynic about neighbourhood plans, although it had never really seemed like a valid use of our time to produce one for Creeting St Peter.

But if you insist on engaging local communities into developing a plan, and tell them that these will be critical in determining the future of their village, and then disregard them subsequently, you might not be surprised to find that those communities then look at you with suspicion thereafter.

As a Hamlet village, as defined by Mid Suffolk District Council, we’re basically excluded from consideration for more housing, given our complete lack of services. That tends to mean that our interest in any Local Plan extends as far as checking the map to see if they’ve changed the settlement boundary. And, given that, why would we go to the trouble and expense of preparing a neighbourhood plan?

We also discussed 20 mph speed limits. Again, I’m a bit cynical about their effectiveness given our experiences. Without enforcement, or engineering to slow speeding drivers, our 20 mph limit acts to provide almost false reassurance to pedestrian road users. And, without pavement, those on foot are sharing the space with metal boxes on wheels that tend to come out better in the event of a collision. I’d almost rather encourage pedestrians to take extra care when walking around the village.

I gave a brief report on events as the National Assembly, noting that we were expecting a 1% increase in the NALC membership fee based on the recommendation that would go to October’s Annual General Meeting. We discussed the payscale for Clerks, noting that the current pay offer has been rejected by their union.

At the end of the meeting, I asked if we could seek a briefing on devolution proposals for Suffolk, given that a bid has been put in by the County Council in conjunction with the Districts and Borough. That seemed to gain support, so we’ll see what comes of that. I find myself wondering what impact it might have on the ability of town and parish councils to influence decision making by the principal authorities.

So, all in all, an interesting meeting and I’d like to think that those councillors who attended found it useful.

Posted by Mark Valladares at 8:55 am No comments:

I am, as I may have mentioned elsewhere, Suffolk's representative on the National Assembly of the National Association of Local Councils (NALC). And, in that capacity, I have received this notice;

Nominations are open for NALC's National Assembly members for the upcoming elections in December 2021.
The primary objective of the National Assembly is to oversee the delivery of NALC’s objectives as set out in the constitution, to represent the interest of the local (parish and town) councils in England to provide support and coordination to as aspects of the work of local councils.
NALC is looking for passionate, committed, enthusiastic local councillors with the right skills to serve on its National Assembly and governing committees and support county associations' work.

Hmmm... my bureaucrat antennae twitch at the thought of running for election in an organisation which might benefit from my organisational skills and sense of process. I am, as bureaucrats go, sympathetic towards the politics of our sector and am lucky enough to benefit from the wealth of knowledge and experience possessed by Ros, i.e. she is perfectly willing to patiently explain why my slightly random musings might be undeliverable, impractical or unnecessary. That is a good thing, let me assure you. Think of it as the difference between a practitioner and a theoretician...
There are a range of roles up for grabs;
noting that I'm ineligible to stand for the Larger Councils Committee.
As a relatively new member of the National Assembly, I wouldn't have the audacity to run for Chair or Vice-Chair, and the Management Board, I feel, requires a rather firmer grasp of the culture and environment of NALC than I can reasonably claim at this point.
That rather simplifies the options, although there is a fourth option, which is not to run at all. Organisations need chiefs and Indians, and I'm probably better qualified to be the latter than any other member of the National Assembly - I'm half-Indian, remember. You could, and I would, argue that committees need someone to ask questions of them from the outside, so to speak.
I've not traditionally been a policy wonk, although I have an enthusiasm for ideas and a sense of the possible, whilst my professional background suggests that I could contribute to the Finance and Scrutiny Committee. On the other hand, I am passionate about ensuring that micro councils like mine aren't overlooked in the rush towards local devolution deals and empowerment - there's only so much empowerment that small communities can handle.
Luckily, I've got nearly five weeks to ponder over whether to run or what to run for. It will also be interesting to see if people actually campaign or whether there is any organisation of slates - you can learn a lot about an organisation by how it runs its elections.
First though, I've got an election of my own to deal with...
Posted by Mark Valladares at 11:06 am No comments:

Parish Council doesn't meet, which gives me some time to reflect... 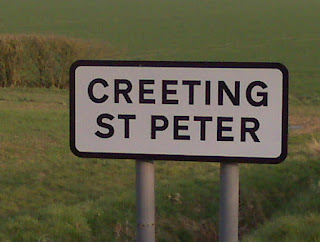 There is one obvious peril when you only have five councillors, which that it doesn't take much to jeopardise quoracy and thus the ability to hold meetings. Holidays, ill health and, occasionally, sheer misfortune, can interfere with the smooth running of local government and, tonight, that combination gained me an unexpected evening off.

Luckily, we're in a quiet part of the cycle at the moment. Gateway 14 has been approved but there is no sign of activity yet in terms of the infrastructure needed before actual buildings can go up. There are no outstanding controversies, and although there are things that could be done, none of them are exactly urgent.

I admit to a vague sense of relief in that sense, in that I find myself slightly distracted in the generality - there's a lot going on, and I've grown unused to that during the pandemic. Maintaining focus across a range of disparate roles does not entirely come naturally, especially when they don't really interconnect.

But life is slowly beginning to return to normal here in the Creetings. Church services have resumed, the first coffee morning for eighteen months has taken place - I was on duty supporting the Parochial Church Council and thus missed it - and there are even going to be pub nights in the foreseeable future.

I'm also attempting to manage the transition from Chair to, well, ordinary Councillor really, by leaving a bit more space for my fellow councillors to fill. I don't have to offer an opinion if there is an emerging stance, my colleagues can take on responsibilities that I might have picked up, and I'm trying to feel less obligated.

It's not that I'm any less committed to the wellbeing of my community, it's just that I really believe that organisations ossify if the leader doesn't change from time to time. I like to think that I'm fairly adaptable, and not prone to dominating the debate but there's a real danger that you settle into a comfortable regime, especially if unchallenged. A new approach, a new style, can be a good thing.

So, as I enter my last six months as Chair - and I really mean it - it's time to lift my eyes to the horizon and ponder the future...

Posted by Mark Valladares at 11:05 pm No comments: