In truth, being locked down in the Creetings is not quite the same as being locked down in a town or city. Yes, we adhere to the “one outing for exercise” rule, and go shopping once a day only, but as most of us don’t shop daily anyway, and the village is surrounded by fields laced with empty public footpaths, it isn’t quite as onerous as it is for some. I’ve managed to keep up with my 10,000 steps each day - it allows me to check the Parish footpaths to see what condition they’re in - and we’re lucky enough to have benefitted from some creative thinking on the part of local food producers, so we’re eating well.

But it is nice to interact with the neighbours from time to time, and whilst one runs into people on the daily walk - maintaining proper distancing, naturally - the opportunity for a chat is limited. And so, the news that an online quiz night was to be organised was a pleasant surprise.

We’ve had the odd quiz night amongst the village pub evenings, but Ros and I hadn’t attended too many of late due to other commitments, so it was a nice to be able to take part via the medium of Google Meet. I’ll say this for the lockdown, I’ve learned more about video meeting software than I ever thought likely.

Each team was able to set a round of ten questions, and these ran the gamut of Suffolk music, Creeting St Peter, geography, musicals, food, Harry Potter and, our offer, politics, courtesy of Ros, amongst others. And it was pretty competitive too, with the lead changing hands regularly.

There were at least three rounds where Ros and I would have happily “phoned a friend”, but we managed a respectable third place finish, which I’d have been happy with at the beginning of the night.

There's talk of a virtual pub night next...
Posted by Mark Valladares at 10:26 pm No comments:

Leadership delayed - and that's why being Party President is difficult... 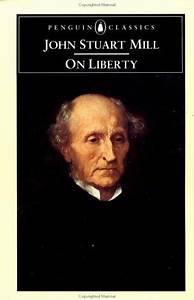 I see that the Party President has run into a mild storm - see, I can do understated - over the decisions to a) postpone the leadership election until next summer, and b) suggest that Autumn Conference might not take place, at least not as a physical event.

It is, perhaps, a demonstration that winning the job is sometimes easier than doing it.

Being Party President does often mean doing things that annoy/upset/distress/anger people. Mind you, not agreeing with the unreasonable and unrealistic demands of some is sufficient in itself to attract ordure if you're nominally in charge. Occasionally though, it is enough, when offered a gun, to demur from pointing it at your foot and pulling the trigger. And I can't help feeling that postponing the leadership election so drastically is one of those decisions that will rumble on for a while.

In truth, I have no fundamental objection to Ed Davey as Leader. I voted for him over Jo Swinson, although I had no problem with her winning. But leaving someone in an interim position for so long offers its own risks.

I used to manage internal recruitment schemes, and one of our golden rules was that a temporary promotion shouldn't last more than six months without damned good cause - it undermined any open competition for the permanent vacancy that might follow. That was especially true if the temporary vacancy had not been filled competitively.

We also have declared contenders for the post - Wera Hobhouse and Layla Moran have already publicly declared - and whilst I have no doubt about their loyalty both to the Party and to Ed, their every utterance will be parsed by some, including a normally unfriendly media, for dissent.

Yes, running a leadership election offers certain challenges under current conditions, and I know that there are some who enjoy a good hustings - I even chaired the first Clegg vs Huhne event in 2007 - but in truth, the artificiality of hustings do little to change people's minds and very few people will actually attend them relative to the size of the electorate. Indeed, it is my increasing suspicion that the resources lavished on them would be better used on personal contacts.

There is an opportunity to explore new ways of engaging with members, to experiment with new media, in short, to do things differently. And yes, that will take a little time, but perhaps we should allow the ingenuity of liberals some freedom.

On the other hand, there are some human factors to be considered. Being the Leader is difficult, demanding, and to have uncertainty hard-wired into the mix by having an indefinite term is unhelpful to say the least. Ed is owed that much for, regardless of whether or not you think he should be the Leader, he is a decent man, doing a decent job.

So, I would have gone for a three or six month postponement, with a review option for extension by agreement of the Federal Board and Ed. That way, you offer potential candidates a degree of certainty and, should the decision be taken to have a contest, time to organise their campaigns.

But, of course, hindsight is 20:20, I'm not privy to the information upon which the decision was based, and it is entirely possible that the decision is fully justified. I'd need convincing though...
Posted by Mark Valladares at 9:50 am No comments: