Jeremy Hunt may need some better comparators for the NHS...

Reading my morning newspaper, I note that Jeremy Hunt is suggesting that the NHS must copy banks and budget airlines by using the internet to give a better service whilst cutting costs. And yes, there is no doubt that the internet does offer opportunities to increase efficiency and open up new possibilities for patients, but are banks and budget airlines really the sort of organisations that you'd want to see the NHS aspire towards? 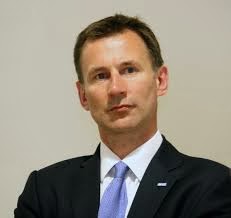 One envisages a Ryanair-style website, where you start off with what looks like a simple transaction and then you find yourself confronted with a plethora of choices, do you want an anaesthetic for your surgery, or extra convalescence time, or clean surgical instruments, that sort of thing. Perhaps, taking a cue from the banks, you could be offered spare body parts that you don't need because you've already got one, and when you do try to use them, they tend not to be compatible with you.

And it is ironic that, as Jeremy makes his suggestion, elsewhere in my copy of The Times, there is news of a report from the Financial Ombudsman Service, noting that the number of complaints made to it about banks last year reached record numbers.

However, he makes a point which exposes a slight lack of understanding of how public services work, in that he notes that retail banks have cut a third of their costs by persuading us to do the work they used to do themselves. He is right, but he misses the point that, by doing so, the economic costs of transactions have not necessarily fallen, as the work, instead of being done by a trained professional, is being handled by an inexperienced, untrained amateur, who is likely to spend rather longer doing it.

I'm also not necessarily convinced that I have benefited financially from the arrangement either, as fees haven't fallen and senior employee salaries have increased.

So, yes, encourage the NHS and, for that matter, the rest of the public sector, to use the internet more intelligently by exploring new ways of operating by all means. But just don't forget that it's not the same as a retail transaction, in that most dealings with public services are seldom voluntary, and there's seldom a choice, because, ultimately, you're dealing with human beings with all of the irrationality and foibles that come with them...


Posted by Mark Valladares at 9:02 am