In fairness, it's more that, whilst the information is out there, nobody appears to have noticed. However, it gives me great pleasure to announce the three nominees - two from the Lords, and one from the Commons.

From the Lords, representing the constitutional wonk tendency (in a good way), Lord Tyler is the first of the two nominees. Paul has been leading calls for a complete overhaul of the Second Chamber for a very long time and is one of the Party's foremost constitutional experts. Given that he is firmly in support of the Government's proposed reforms - unlike some of our Peers, I fear - most Liberal Democrats will feel that he represents a secure repository for our trust. 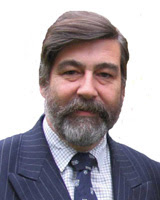 From the Commons, that rather unusual beast, a former member of the House of Lords, John Thurso. As he has already been abolished once, one wonders how he will feel about the prospects of enabling the abolition of all of his former colleagues. However, he is on record as supporting reform and, in a speech in the House of Commons on 18 May said,

"I congratulate my right hon. Friend on his modest progress. The plain fact is that an unelected Lords is an illegitimate Lords and that weakens the Lords and weakens Parliament as a whole.

An elected Lords is a strong Lords and that strengthens Parliament as a whole. Does my right hon. Friend not find it faintly ridiculous that after 13 years of abject failure, the dinosaurs over there are only interested in feather-bedding the dinosaurs upstairs?". 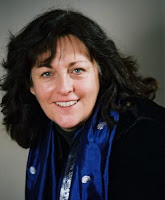 And finally, the second Lords nominee, Baroness Scott of Needham Market, of whom I have the highest regard, having married her just over three years ago.

Ros has repeatedly voted to abolish herself, and has recently played a key role on the Ad Hoc group report on financial support for members of the House of Lords looking at the expenses system for the second chamber, and on the House Committee sub-group on Members leaving the House, which looked at potential ways of allowing Peers to leave the House of Lords on a voluntary basis.

So, I'd suggest that the Liberal Democrat nominees can be relied upon to enter into the pre-legislative scrutiny process with the aim of improving the legislation without watering down its intent, and reform will be all the better for it.
Posted by Mark Valladares at 4:23 pm

Email ThisBlogThis!Share to TwitterShare to FacebookShare to Pinterest
Labels: Lords reform, Ros, Ros in the Lords