Why this woman may well have changed blogging forever... 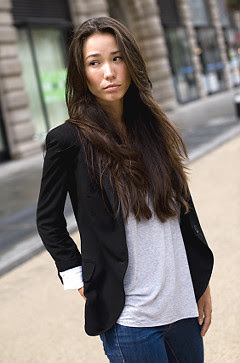 The young lady in question is called Rosemary Port, the once-anonymous author of a blog called 'Skanks in NYC'. Last year, she accused a Canadian model, Liskula Cohen, of being, amongst other things, psychotic and lying. Unusually, Ms Cohen sent the lawyers in, demanding that Google reveal the identity of the author, and after a hearing in the Manhattan Supreme Court, Google, and its subsidiary Blogger.com, were forced to reveal the identity of Ms Port.

Now, bear in mind that this took place in the land of the First Amendment, guaranteeing freedom of speech, in a jurisdiction that has been frequently unfriendly to those seeking to limit said rights.

But the story gets better. Ms Port has announced her intention to sue Google for $15 million for revealing her identity. Now I may be a lay person when it comes to privacy laws, but it strikes me that Google were given little option. The potential fines for contempt of court would have been eye-watering, and why should they pay for the supposed right of an individual to defame anonymously?

The serious issue, however, is that this case will make Google, as well as other blog platforms, rather nervous. If individuals use Blogger or Wordpress or any of the other alternatives to defame individuals (as opposed to criticising them), will the host disown them? Is it worth the financial risk that a series of high-profile libel suits here in the United Kingdom, a notoriously friendly jurisdiction for those seeking to supress criticism, might bring?

There are those who blog anonymously with good cause. Issues related to confidentiality or commercial sensitivity, or individuals who wish to cast light on areas of public life that are otherwise hidden away but risk censure or worse, make anonymous blogging a necessity. However, anonymity is increasing used as a shield to attack freely, without fear of reprisal. And whilst I might have personal qualms about such an approach, no illegality takes place until defamation occurs.

As a liberal, I obviously believe in freedom of expression. However, I cannot accept that such a freedom extends to the right to defame and, if someone chooses to do so, they should understand that there are consequences. After all, with rights come responsibilities.

It has become increasingly clear that the tone of discourse in the blogosphere has fallen somewhat. Wit is replaced by brutality, disagreement is marked with abuse rather than counter-argument, the assumption being that, by holding a contrary view, you are insane, corrupt or worse. Unfortunately, the likes of Guido Fawkes encourage such an approach be seemingly endorsing their views. Given that his success stems from the nature of the stories he uncovers, it is a pity that the published comments give an impression so cynical and destructive that one might wonder why he, or any of us, bothers.

Eventually, someone prominent will step over the line, the Government will feel obliged to act, and the rest of us will be regulated because a few individuals are unable to remain within a fairly broad framework. Another freedom, sacrificed in the name of freedom...

Posted by Mark Valladares at 2:27 pm

Take a look at neoconservativehampshire.blogspot.com for a good reason why bloggers should never have the right to remain anonymous .

Maybe it is because I am liberal?

Or is that libertarian? Sometimes, choosing not to act has its consequences too, and I understand that you occasionally see fit to bar individuals and remove comments. Freedom for one doesn't necessarily mean freedom for all.

Perhaps we could discuss the matter over drinks in Bournemouth?

Come on in Agent Orange. Your time is up.

Whilst I see your point, Agent Orange has been careful not to cross the line where legitimate comment ends and defamation starts.

Whilst he/she may be rude and unpleasant, and whilst the agenda is fairly clear, provocation is not yet an offence. Responding to it might be.

And until Agent Orange is unmasked, voluntarily or otherwise, we may never know what the motivation for such an approach really is.