Glenn Gould - the genius of eccentricity 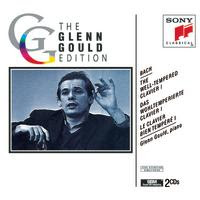 The other advantage of having my laptop with me is that I can listen to music whilst I while away the miles.

Over the years, I've become quite partial to the recorded works of Glenn Gould, a Canadian-born pianist, whose renditions of the keyboard works of Johann Sebastian Bach are a key part of my music collection.

Gould was something of a mad genius, with a tendancy to hum his way through recordings. If you have a keen ear for such things, you can often detect a background sound which, I always like to think is his subconscious enjoying the sounds the piano is producing. Admittedly, the sound engineers generally made great efforts to mute it, but they didn't always succeed.

Gould was very much a recluse, and gave up live performances at the age of 31. He had already developed a reputation for withdrawing from concerts at the last moment, indeed, Leonard Bernstein began a performance of the Brahms D minor piano concerto with the New York Philharmonic and Gould as soloist by saying, "Don't be frightened, Mr. Gould is here; will appear in a moment.". He then informed the audience that he was assuming no responsibility for what they were about to hear, as Gould had insisted that the entire first movement be played at half the indicated tempo.

Gould had a reputation for not being a slave to tempo, indeed a comparison of those few pieces that he recorded more than once will uncover a range of tempi that horrified the critics.

Sadly, Gould died at the early age of 50, leaving behind him a body of recorded works that are as fresh and entertaining now as they were then. But don't take my word for it, listen to the great man at work... Meanwhile, as my train approaches Berwick, I'll return to his recording of the first Book of "The Well-Tempered Clavier", by J S Bach...

Posted by Mark Valladares at 4:02 pm