Is the Government missing its last bus? 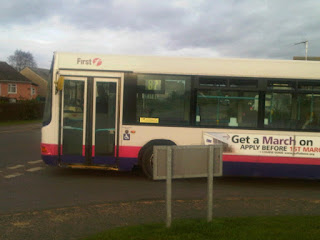 Buses. Not terribly glamorous, their use was seen by Margaret Thatcher as a sign of failure in life. And yet, there were more than four billion local bus passenger journeys in the year to 31 March 2020, or around sixty journeys for every person in this country. A lot of people use buses, a lot of people who have votes.
And so it was quite astute of the Prime Minister to announce a £3 billion fund to “Bus Back Better”. More reliable, more frequent bus services, using more energy efficient, less polluting vehicles, what isn’t there to like? Unfortunately, it looks as though it was just another deception, if reports from the media are to be believed.
The Treasury may very well have grounds for their apparent decision to interfere, or it might have been that the £3 billion figure was plucked out of the air by a man whose relationship with truth is accidental at best, but it sends out a message that, far from wanting to level up trailing parts of our nation, the aim is to fool enough of the people for enough of the time.
Here in Suffolk, the intention was to use some of the proposed funds towards the following goals;
There isn’t necessarily much in this for me, but there are plenty who might benefit from such enhancements. Unfortunately, with bids expected to total £9 billion, reducing the available pot from £3 billion to £1.4 billion will mean that most bidders can expect to be disappointed. And, as Suffolk is not exactly heaving with marginal Parliamentary seats, we’re probably going to fall within the “disappointed” category (again).
On a wider note, that disappointment will ripple outwards as just another instance of a Government announcement that heightens expectations only to dash them a little while later. You can get away with that when you’re popular but it’s not so easy when you aren’t - we’re reminded of past failures.
It’s also a pity, as the money invested in buses supports so much of this Government’s alleged agenda - reducing congestion and air pollution, tackling climate change and rural isolation, levelling up disadvantaged communities and supporting the working poor. Sadly, it demonstrates the paucity of actual ideas behind the levelling up slogan, and the lack of will to change that.
Government is more than catchy three word slogans, it’s about delivery of things that improve lives for the maximum number of people, especially those whose lives are most in need of improvement. And this Government, focussed on “red meat” and culture wars, seems particularly ill-equipped to make promises it can keep or find ways to improve society.
Posted by Mark Valladares at 11:14 pm

Email ThisBlogThis!Share to TwitterShare to FacebookShare to Pinterest
Labels: buses, levelling up