Creeting St Peter: it's time to bring the professionals in... 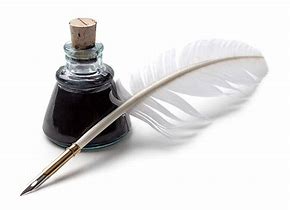 Last November, our long-serving Clerk resigned somewhat unexpectedly. Naturally, as Chair, I sought to find a replacement but, in the absence of anyone else, I ended up acting as Clerk, Responsible Finance Officer and Chair simultaneously. It wasn't sustainable in the long-term, and I fully understood that but, if there wasn't anyone else...
Luckily, our affairs are quite simple, I'm enthusiastic about transparency and, of course, I'm a professional bureaucrat. That still doesn't mean that the option of such power in the hands of one person is a good idea.
But, as winter turned to spring and then summer, there was no sign of an applicant to fill our vacancy. And then, in the course of a conversation that I was only part of because I'm married to the person they really wanted to talk to (and I was invited), another option was uncovered - to appoint someone to act as Clerk, and someone else to be Responsible Finance Officer.
To cut a long story short, they've started work, effective from 1 September and I've been answering questions, supplied information and documents and updating our website so that they can hit the ground running. It is, I confess, a weight off of my mind, especially as, despite my sworn intention to transfer power to someone else, it didn't work - I'm back as Acting Chair after less than three months with an understanding that I will be re-elected as Chair formally on 19 September. It would be fair to say that my remaining colleagues weren't terribly keen on taking the reins of "power".
It is also reassuring that my new professional team are highly experienced, extremely knowledgeable and competent. I do fret about breaking rules, especially given that we are, for all my light-hearted commentary, a tier of local government with a slew of legal responsibilities. And the conflict of interest that arises from holding a multitude of roles made me extremely uncomfortable - it's not necessarily a fear of wrongdoing as much as the risk of perception of possible wrongdoing from residents.
In truth, there isn't enough money in the kitty for me to disappear with, but that isn't really the point - those responsible for public funds must demonstrate the right attitude towards accountability and transparency as far as is possible, and certainly as far as the law requires.
But I'm also an officer of the County Association of Local Councils, and therefore have a responsibility to set a good example, even if that's more an aspiration than something actually expressed by any of my fellow Parish Council Chairs.
In the meantime, I've developed a far better understanding of what goes on "under the bonnet" of local government, especially the hyper-local operation that is a micro-Parish. As a Chair, the temptation is to leave all of that "organisational stuff" to your Clerk. After all, they're trained, and you aren't. But, and I think this is important, the Chair, and preferably other councillors, should have a sense of what is happening in their name, as they are ultimately responsible to the electorate.
So, despite the stress of the past nine months, I think that I have gained something useful from the experience, something I can pass on to other Parish Council Chairs undergoing similar difficulties.
Let's just hope that I don't have to do it again any time soon...

Posted by Mark Valladares at 10:54 pm