Corporation tax changes - haven't we been here before? 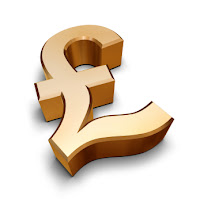 It would be fair to say that, in terms of corporation tax, I've been around the block a time or two. There was a time in my career when I spent my days dealing with starting rates, small company rates and basic rates, with marginal rate relief and associated companies. For a mathematician, it was actually quite fun to do, especially when dealing with accountants who, for want of a better phrase, weren't quite as numerate.

But that was, supposedly behind us, with one rate of corporation tax. Not any more.

There is, a numerate lay person may think, a way of avoiding the higher rate by simply setting up multiple companies, all of whose profits fall below £50,000. Unfortunately, we're traditionally a bit cleverer than that, and so the £50,000 and £250,000 will be divided by the number of associated companies plus one, where an associated company is (broadly) one under the control of the same person or group of people.

It's a little tricky to regulate from the perspective of a compliance body, but the information needed to do so is freely available.

I was, I admit, slightly surprised, as it does complicate corporation tax a bit more and I suspect that the accountancy profession won't be wholly delighted to see it return after eight years, but it will keep some of my colleagues in a job, and give me something to look out for whilst carrying out my current duties.

And, of course, we've still got quarterly instalment payments...

Posted by Mark Valladares at 11:28 pm