Another day, another redesign...

I'm bored. Even a EuroMillions win has failed to enthuse me. Alright, it was £2.80, but it was a win. Which reminds me, I really must call in somewhere and collect my winnings... 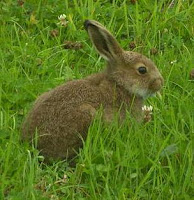 But I digress, something that I'm quite good at (he says, as another bunny rabbit takes off across his line of vision...). Yes, it's another redesign, following a fortnight of non-blogging and more existential doubt and uncertainty, during which time I cancelled my Twitter account (yes, @honladymark is no more), gave up on Facebook (no, I don't care about the fact that you have a shiny new chicken in cyberspace, there are real farms, growing real crops and breeding real animals within a gentle stroll of where I'm typing), withdrew from virtually everything I was involved with (including The Trunk - could someone sign me back in? Please?).
However, the noble Baroness thinks that I should keep up the blog, as it provides a platform for my writing. Odd really, because she remains unconvinced by the whole 'look at me, aren't I important!' school of blogging and, after all, expressing my opinions is only really more of the same. Given that the explicit joys of bureaucracy seem not to attract much interest, and that I am seen as 'the guy who writes about constitutions and the internal minutiae of a minor political party', perhaps it is time to move on.

Of course, there are other ways of doing this. I could retreat to micro-blogging, by which I mean blogging on a subject which really only directly impacts on a very small audience. And, indeed, I have. The Creeting St Peter Journal has changed to an online newspaper, covering anything and everything that affects my village, and whilst the readership is even smaller than the population of the village, it brings me a certain frisson of pleasure.
So, what to do with this blog? No longer at, or at least, next to the heart of the Party, I don't have the access to the powers that be that once I did (but ironically couldn't report on). I don't even attend English Council (self-preservation does occasionally kick in...), nor do I serve on a Federal or State level committee. I am a minor functionary of a Regional Party in a corner of England not exactly known for its beating Liberal heart. I presume that my Local Party know where I am, but I promise not to disturb them if they promise likewise (odd really, given that my stepson-in-law is the Local Party Chair...).
I am happy, however. Perhaps I'm simply burnt out after six rather crazy years, in which I travelled the world, and then the country, ran things, moved house (twice), got married, ran seriously for public office and exercised (occasionally) vast amounts of restraint, discretion and tact.
So, expect... well, nothing and everything, I suppose. I'll try to drop in regularly, and the BlackBerry is set so that I can post things as they come to mind on my rather short commute, or at lunchtime, or if I get bored with playing on the Nintendo Wii, or if I run out of paperwork. When you put it like that, perhaps things are returning to normal...
Posted by Mark Valladares at 9:05 pm

The font is not good, v hard to read. But the colour scheme is pretty.

Let me give the font some thought. I have to admit that I like it, and that has to count for something...