I'm a great believer in truth in politics which, on the face of it, seems like an obvious statement. Lying in politics is, to my mind, reprehensible, because you are wilfully offering a false prospectus to those who are asked to choose between candidates and ideologies to find the person or persons most appropriate to represent them and their community.

However, I'm not naïve. As a politician, do you tell the whole truth, or just those parts that support what you're trying to achieve - after all, your opposition has the opportunity to pick out and highlight the faults or negatives of your proposal. You might make a virtue of acknowledging that some people will be worse off, particularly if those who will be worse off aren't particularly popular or numerous, but you might want their votes too.

Sometimes, you might rely on silence or evasion to avoid having to tell an explicitly uncomfortable truth, especially if you see no advantage from addressing the issue directly. That's potentially a bit cowardly, but politicians live and die by their popularity, actual or reflected, so whilst you might not endorse it, you might be secretly sympathetic. 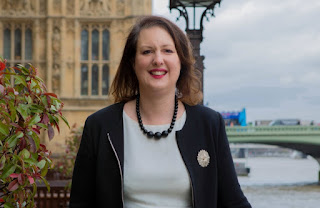 And then, there's telling the truth that doesn't need to be told, and which would rather be better never spoken. Step forward, Victoria Prentis, MP for Banbury and the current Fisheries Minister.

In front of the House of Lords EU Environment Committee, in response to a question from the Liberal Democrat Chair, Robin Teverson, she explained that she hadn't read the Trade and Co-operation Agreement at the time it had been published because she was "very busy organising the local nativity trail".

There is no doubt that what she said was true - you could genuinely find it hard to disbelieve her. But to say that out loud, on camera, in front of a whole bunch of interested parties, does make you wonder. You're asked a direct question, you think about an answer, and then you give one which invites, nay demands, ridicule and calls for your resignation. It also suggests that you were completely out of the loop on the most important document affecting your ministerial portfolio for years, as you wouldn't have needed to read it after it was published if you'd been briefed on its likely contents in advance.

Now I wouldn't say that Victoria Prentis is a bad person - whilst I've met her parents, who I rather like, I don't recall ever meeting Victoria - and although I'm not persuaded that she is anything other than intelligent and possibly fun to know, she might just be a bit naïve to hold high office. And that's fair enough, I'm almost certainly not qualified to hold high office either and possibly with greater cause.

But this is a Government which appears to struggle to find sufficient talent to fill key roles - Gavin Williamson, Priti Patel, Robert Jenrick... are these really the greatest talents that the modern Conservative Party can field? So, perhaps Victoria's talents might find a more appropriate home in another part of the administration once the laughter has stopped, because she's probably lost the room as far as the fishing industry is concerned.

Posted by Mark Valladares at 11:38 pm