It could be a long, hard winter... 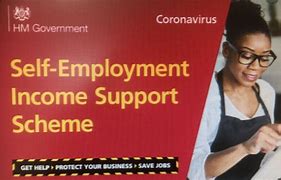 I've now been home for nearly seven months - hard to believe, sometimes - and I've spent most of that time as part of the HMRC team staffing the Self-Employment Income Support Scheme helpline. Given my day job, that's been something of a switch, especially as I haven't been in frontline customer service since 2012 (and it was very different then, I can assure you).

Going from perhaps receiving one or two telephone calls to receiving them all day does require a shift in attitude too. As an investigator, people don't tend to want to talk to you whereas, when there's the prospect of a grant, they're rather more enthusiastic. And often with good cause, given the state of household financial resilience - more people live on the financial edge than some would suspect. The grant received can be vital to having a roof over your head, or food on the table, and we talk to people whose ability to earn a living has been utterly wrecked.

It is amazing how people have adapted in order to keep the show on the road and a mark of how innovative they can be when pushed. But that isn't always possible. Anything that is usually done indoors but can be done outdoors has found a way, and with the summer easing of infection rates, even jobs that are wholly indoors (our chimney sweep, for example) have picked up through necessity. But there are plenty of self-employed people, delivering a variety of household services, who have suffered financial loss.

The first round of the Self-Employment Income Support Scheme paid out 80% of average earnings for a three month period. What that meant was that, if your income was down even quite a lot, you were probably still better off than you might otherwise have been and, even if you had no income at all, you weren't losing too much. Admittedly, that might be critical if your income wasn't great to begin with, and you were living on the financial margins, but it was pretty generous.

The second round pays out 70% (it's still live until 19 October), and so for those whose losses are marginal, it's actually profitable, as there is no minimum threshold for qualifying as adversely affected. However, for those whose income is a small fraction of what it might ordinarily be, it's becoming increasingly marginal. Also, for those with ongoing expenses that can't be dropped or mitigated - premises or equipment leases, for example - the scheme doesn't entirely help.

And, with autumn now upon us, and no sign that the pandemic is easing - quite the reverse, sadly - many of those people who have found a way to operate outside, from fitness instructors to mobile hairdressers, cleaners to childminders, will find that their options become increasingly limited, with the inevitable drop in earning potential that that means.

There has been a good deal of unhappiness about ongoing support, with the attention mostly on those being furloughed. They'll get, theoretically, 67% of their usual pay, and for those on or near the minimum wage, it will obviously be difficult. For the self-employed, the grant for the third scheme will be 20% of average earnings. That's really going to hurt some, who will doubtless be directed towards Universal Credit to help fill the gap.

You might expect me to criticise Rishi Sunak under such circumstances, demanding that he be more generous. In truth, I don't know what advice he's receiving, or what other plans he has. And, in any case, trying to predict what might happen next is a bit like crystal ball reading. The emergence of a vaccine sooner rather than later would be a huge help, but we really can't count on that.

All we can do is support each other and, if you know someone who is self-employed and needs support, do point them towards the Self-Employment Income Support Scheme* if they aren't already aware of it.

* there are exceptions to eligibilty, however, and this guide from the Institute of Chartered Accountants in England and Wales is clear and concise.

Posted by Mark Valladares at 10:12 pm