"Shaping Suffolk" - how community engagement might influence planning and development 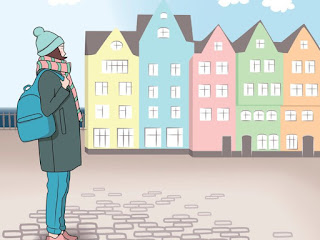 Yesterday found me out of the office, but not by very far, as I had signed up to take part in a conference organised by the Suffolk Association of Local Council, called "Shaping Suffolk".

The aim of the event was to look at how we might improve the way planning authorities and local councils (by which I mean town and parish councils) engage with each other and with developers.

I would be the first to admit that, in Creeting St Peter, we don't really do much about engagement in an organised sense. It can feel a bit ad hoc and, I suspect, look a bit amateurish. That, I guess, is partly due to resource and knowledge - we're a collection of concerned citizens that mean well, after all.

But a lack of planning applications due to our status as a hamlet village doesn't mean that there isn't much that we can do to improve, and so I volunteered to attend on behalf of our small, but perfectly-formed, Parish Council.

The first session was on the principles of engagement framework, and was introduced by Philip Isbell, the Chief Planning Officer of Babergh and Mid Suffolk District Councils, and he launched a good practice guide for community engagement. Now, you may argue that such a guide would be unnecessary for a well-run council, and I might agree with you, but many issues surrounding consultation and engagement require smaller councils in particular to step outside of their natural comfort zone. You know, making decisions in the public eye, rather than in virtual anonymity.

I did feel that there was a weakness, in that the document seemed only to address the stages up to and including the decision making stage, yet the question of how we engage with the post-application phase, mostly around issues of enforcement, something which has irked me in the past, appeared to be rather disregarded. So, I took the opportunity of the lunch break to ask him if he thought that there was more that could be done, and he was willing to acknowledge that it was an aspect that could be improved.

The after lunch session started with a session on how to respond to planning applications, led by Rachel Almond, from West Suffolk Council, highlighting the issues that can be reasonably considered in our submissions as statutory consultees, as well as those that really can't, but often are. There can be a tendency to assume that, because you don't like a particular aspect of a planning application, you can simply say so and be taken seriously. The National Planning Policy Framework does offer a useful guide to what a local council can, or should, do.

The final session was about infrastructure assessment, funding and delivery and, that elusive thing, the Community Infrastructure Levy (CIL). Neil McManus and Steve Merry, from Suffolk County Council, talked about the sort of infrastructure spending that developers might be persuaded to support. Although, for parishes such as mine, we wouldn't expect to have much in the way of CIL funding ever, especially given we aren't thought of as being a likely magnet for development, nor does the Council intend to permit more housing in hamlet village due to the lack of facilities.

Nicola Parrish, from East Suffolk Council, spoke about how CIL funds are distributed, and highlighted some recent changes that specify reporting, not only in terms of how money is spent, but what happens if it isn't. And, to wrap up, Tom Newcombe, a partner at our hosts, Birketts, and head of their Planning and Environmental Team, neatly summarised some of the key issues for local councils to factor into their thinking.

All in all, a useful day, and I think that most of the attendees gained something from it, so much credit to Sally Longmate and her team at the Suffolk Association of Local Councils for organising it. Apparently, they're hoping to hold a similar event on highways and allied issues, although, from a personal perspective, I'd like to see public transport included as part of the mix. It would be fair to say that I have "views" on that particular subject.
Posted by Mark Valladares at 8:38 am